George Hartley is an Australian entrepreneur. George started SmartrMail in 2016 and is based in Melbourne.[1] 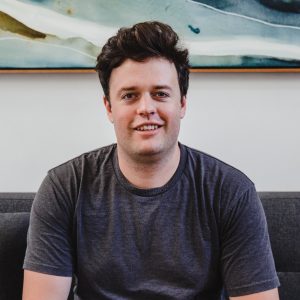 George started SmartrMail in 2016. They detail the beginnings of their company in their Starter Story interview: [1]

Q: How did you get started on SmartrMail?

Phil and I started SmartrMail out of an online art gallery actually! Funny to go from Art to Email SaaS, but the jump makes sense in context.

In 2012, my co-founder Phil, my brother Edward and I wanted to set up an online business. I was working in app development (and was a failed musician), Phil was a CFO and Edward was in finance. So, we set up an art marketplace...of course (🤪)..

I’d wanted to do something in music, Ed and Phil in wine. But music seemed solved with SoundCloud, which I loved. A couple of good friends were artists, and had nowhere to exhibit and sell their art online. So we decided on an online art marketplace, Bluethumb https://bluethumb.com.au. My idea was ‘SoundCloud for Art’. We grew Bluethumb into Australia’s largest online art marketplace, quitting our jobs along the way, and learning tonnes about how to build an ecommerce marketplace.

Edward runs Bluethumb today, and it’s topline is a fair bit larger than SmartrMail. As we grew, Email was our 2nd most important revenue channel, and no tool we tried did what we needed: take individual user data, and send them the products they were likely to buy, based on their clicks and other data. Tools like Mailchimp at the time were too basic when it came to e-commerce, so the only options were to fork out thousands for enterprise software or hack together something ourselves. We decided to hack it, and it was immediately very effective.

So in 2016, Phil and I decided to turn this into its own product for any ecommerce stores. We wanted to give any store the power of automatic personalised content in their emails, easily. Like Amazon’s emailing, for any small ecommerce store. We thought it would take us 4 months to turn our MVP into a Shopify app. I mean, hell, we’d built the hard part, the Machine Learning engine and email system, how hard could the rest be?