Gary Amstutz is a South African entrepreneur. Gary started StickerandLabelSA.co.za in 2018 and is based in Durban, South Africa.[1] 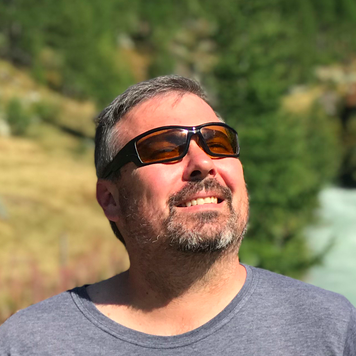 Gary started StickerandLabelSA.co.za in 2018. They detail the beginnings of their company in their Starter Story interview: [1]

Q: How did you get started on StickerandLabelSA.co.za?

Like pretty much everyone else in this space, I had a pretty windy road leading up to a career in the eCommerce space. When I was at school, this space didn’t even exist and eventually when I started gathering an interest in eCommerce, the first Dot Com Bubble was still painfully fresh in everyone's minds!

I was born in Cape Town (South Africa) but then ended up spending a lot of my childhood living all over the world. My Dad was a civil engineer, who moved to South Africa from Switzerland for a work. South Africa, at the time, was a pretty sheltered environment and the experience and exposure of traveling and living in many different places around the world had a big influence on me and ultimately played an integral part in nurturing my adventurous and entrepreneurial spirit.

We eventually moved back to South Africa, where I finished school and started University. I spent an amazing five years there and finished off with a law degree behind my name. I also majored in economics in my undergrad degree, which was a big plus when I later went into the commerce field.

Although I ultimately didn’t go on to practice law, the lessons learned were invaluable and I don’t think I would have been as successful as I have been if I had not had this privilege. A thorough understanding and appreciation of the law is of course vital in business, but it was also more of the softer skills that I came to rely on later in life - i.e. critical thinking, negotiating and principles such as fairness and reasonableness.

Interestingly, the entrepreneurial bug had already bitten at University and together with a few mates, we dabbled in a few small projects in between our studies. None of them shot the lights out, but it gave me great exposure to the fundamentals and pitfalls of starting and nurturing a small business.

Following the completion of my law degree, I took what ended up being a two-year break. I first spent a year in Switzerland working as a waiter in a very busy coffee shop/restaurant. I had done quite a bit of vacation work during my studies, but this was my first real job! The job was not easy, but the environment was great and there were colleagues and customers from all over the world.

The hospitality industry is an exceptionally great place to learn about customer service and customer experience management. The application of these principles is sometimes different online, but the principles remain largely the same. I would definitely attribute one of the reasons for my success to the customer service/experience skills and experience that I picked up during my time in Switzerland.

I then bought an around the world ticket and spent a year traveling the world and doing odd jobs, including picking vegetables and being a bricklayer’s assistant :). This time was again invaluable, as I met more people from all walks of life and experienced many different countries and cultures.

Back to South Africa

In 1996, I arrived back in South Africa with every intention of starting a career in law. As it happens, I met up with some family friends who had just opened a PostNet franchise - one of the first in South Africa. PostNet is a business services and courier franchise, originally coming out of the States. To the best of my knowledge, South Africa is the second largest territory and there are now well over 300 outlets across the country.

There was a once-off opportunity to open a store of my own and I grabbed it with both hands. This was my first proper business! We got some initial help from the Franchisor, but our store was not in a major centre and at the time, support from both an advisory and a marketing perspective was virtually non-existent. It has improved since... :)

Needless to say, the time spent in and on this business was foundational for what was to come on the eCommerce front. I gained broad experience in the following key areas (often the hard way by trial and error) - marketing, sales, business development, financial management, retail space management, merchandising, managing a small team, operations (software/systems/processes), supplier & stakeholder relationship management and the courier industry as a whole.

It was during this time that I came across a great non-core product (Rubber Stamps), that I felt would be a great complementary addition to the existing basket of products we already offered to our customers. After researching the market and sourcing a supplier (Trodat), we purchased our first machine and I taught myself how to manufacture rubber stamps. The first batch took about 13 hours! Luckily, we eventually got this down to around 25 minutes and at that stage, were one of the few Rubber Stamp Manufacturers in the area. Rubber Stamp sales were soon a very big chunk of the total sales mix.

...and then the internet thing happened :)