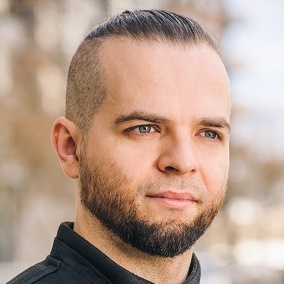 Filip started Honest Pros & Cons in 2019. They detail the beginnings of their company in their Starter Story interview: [1]

Q: How did you get started on Honest Pros & Cons?

I started my business with affiliate marketing, which I was doing for nearly 10 years. In the beginning, I was doing SMS marketing, but since it was already the 2010s, the golden age of email marketing had passed. But with the introduction of smartphones, other marketing channels such as WhatsApp and Viber messages, as well as SMS marketing were born.

SMS turned out to be a very successful marketing channel, mostly because it didn’t have such a negative reaction to marketing as email has today. The click rate was over 10% on completely non-targeted lists, which is amazing. It was also very easy to get phone numbers. With emails, there's an endless amount of possible emails, but with phone numbers, there are typically 100 million available numbers for a country with a 10 million population. Therefore it was relatively easy to clean them. We simply ran WhatsApp software to check all those numbers in bulk and got a database of real people who use smartphones.

With this method during the few years, I managed to get a database of 80 million high-quality mobile phone numbers. Soon after I started doing this other people discovered my success and started to do the same. At this point, the industry became so competitive that it was not profitable to continue anymore. ROI on a typical campaign dropped from 100-200% to only 30% and on many campaigns, it was hard to make any profit at all.

This was a time when I decided to quit affiliate marketing and to do something more interesting. An idea of a personal brand came up to me when I started consulting other companies.

For a few recent years, I’ve been focusing on building my personal brand. I started with a blog on Medium.com and with the help of social media was growing it. However, I noticed that even if you don’t talk about political subjects the censorship will still harm you, as many platforms these days censor content quite wildly, and in addition to deleting it, they also often implement other techniques such as hiding it from the feed of your subscribers. Which is something you will not even notice at first.

Thus after realizing that if I’m going to be at the mercy of other companies, I’m never going to achieve my goals, I decided to focus on my own website. Luckily Google currently censors content only based on political and ideological reasons and does not interfere in personal opinions in general as social media sites do. Thus, for as long as I would not touch any hot subject I should be fine.

Information is power and media companies possess most of the power. Just take a recent example: A privately owned US company can silence the President of the United States. If you had told that to people 20 years ago, no one would believe you, but today it’s a reality. The world has changed and the power has shifted. Thus for me, it’s a logical step to put my energy into the media industry and do my best there.