Elad Shaham is an Israeli entrepreneur. Elad started SyncThemCalendars in 2019 and is based in Tel Mond.[1]

Elad started SyncThemCalendars in 2019. They detail the beginnings of their company in their Starter Story interview: [1]

Q: How did you get started on SyncThemCalendars?

After completing my BA in computer science, I knew I was going to code in my professional career. Coding felt very natural for me, and right after school I found myself coding my first personal project - I created a tool that would send my resume again and again to companies I was interested in (I knew that it was a matter of timing, so wanted my resume to be in front of the recruiter at the right time).

> When talking to users, I think that taking a personal approach works better, so most of my automated marketing emails are personal and go out of my mailbox.

The first side project that really caught fire was an open-source repo I’ve created to help other developers scrape data from Israeli banks - something like Plaid for Israel. The Israeli Bank Scrapers repo quickly became something people mention in every online discussion about personal finance in Israel.

SyncThemCalendars was born out of necessity - no other tool could really make sure my personal and work calendars were always up to date. So I decided to build a service that makes syncing calendars a breeze. There were many use cases for such a service - it could help users make sure nobody books a meeting over their daughter’s basketball game. Or allow a consultant with multiple customer calendars to have his availability up-to-date everywhere. 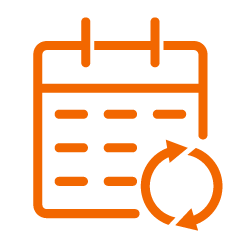 Basic functionality was done within a couple of weeks, and I asked a co-worker who experienced the exact same problems to give it a try. After ironing out the main problems, I decided to have an official launch. That was before I even had a payment system set up (but declared it was a paid service nonetheless…) 🙂

A month later, a payment provider was integrated, and not long after I got my first official paid subscribers (at 5$ /month). I was floating midair. 💪