Dmitriy Peregudov is an American entrepreneur. Dmitriy started GiftBasketsOverseas.com in 2007 and is based in Arlington ma.[1] 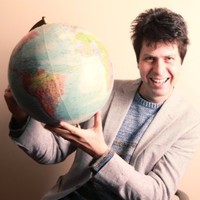 Dmitriy started GiftBasketsOverseas.com in 2007. They detail the beginnings of their company in their Starter Story interview: [1]

Q: How did you get started on GiftBasketsOverseas.com?

Half of my life ago (23 years ago) I immigrated from Moscow, Russia to the United States with an MS in Engineering and was trying to figure out the best way to leverage the degree for my career in the US. I’ve worked in several tech jobs, mostly focusing on Software development and picked up web programming on the way.

While I enjoyed my tech jobs I felt there are more interesting ways to apply my skills. At the same time I’ve seen my father being miserable after he was laid off from his highly paid Hi-tech job, I simply felt there got to be a better way to make a living.

So a friend of mine from University and I launched our first website, initially a hobby business we named flowers2moscow.com - servicing just our home city of Moscow. The idea came from my own negative experience trying to send flowers back home to my girlfriend and to my parents. Product and service experience were far from perfect, so our first website was born.

I’ve done my MBA at Babson College while continuing working on the business and working full time for a tech company.

Later we have expanded to a wider geography in Eastern Europe, Russia, Ukraine, and countries of the former USSR and created a brand RussianFlora.com responding to a growing demand for long-distance / online dating. Western men from the US, Canada and Europe were meeting women in Russia and needed a way to keep their relationships warm and RussianFlora.com was the answer.

Eventually, my business partner moved on to his other career plans and I bought him out while continually focusing on the gifting business. Meanwhile, a new global website was launched in 2007: giftbasketsoverseas.com with a separate team focused on developing a corporate one-stop shopping solution for a business to send a gift anywhere in 1 to 2 business days.

Learn more about our Founding story in our recent Podcast Episode of LongDistanceShort.