Michael Chou is an American entrepreneur. Michael started Midnight Scoop in 2014 and is based in South Lyon, Michigan.[1] 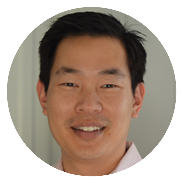 Michael started Midnight Scoop in 2014. They detail the beginnings of their company in their Starter Story interview: [1]

Q: How did you get started on Midnight Scoop?

Having scooped ice cream for years for my children, I knew there had to be a better way to go about it. I hated struggling scooping hard ice cream.

I knew that it was an age old problem though. Scoops have been invented for decades already and it’s always been difficult to scoop hard ice cream. I also knew I wasn’t the only one that tried to think of a solution. But with my aerospace engineering background, I knew I could have a good chance of trying to solve it.

I knew if I worked hard to try and solve this idea, I could possibly find a solution. Obviously there is no guarantees, but I obsessed over it and finally was able to find a solution.

I discovered that current ice cream scoops uses weak wrists to “pry” at ice cream. And because you’re using weak wrists, your brain actually tries and protect wrist. So that struggle is what makes scooping ice cream difficult.

So, I invented a way to use your muscles to scoop ice cream. You keep your wrists straight and protected and “push” your way into hard ice cream using your stronger muscles.

Now, you’re not fighting it anymore. You can push as hard as you want and don’t have to worry about straining anything. It’s the proper way to scoop ice cream.

So that’s how the Midnight Scoop was born. Our ice cream scoop has a curved feature where you can hold the scoop in a way to “push” into ice cream. It’s how the scoop should have been made the first time.