Dean Salakas is an Australian entrepreneur. Dean started The Party People in 1986 and is based in Drummoyne, Australia.[1] 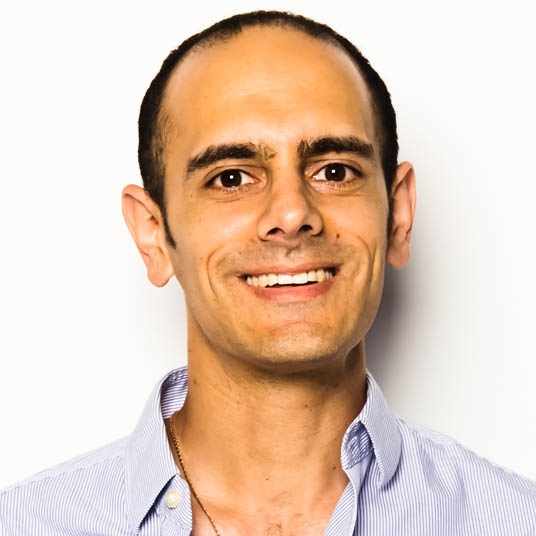 Dean Salakas, of The Party People

Dean started The Party People in 1986. They detail the beginnings of their company in their Starter Story interview: [1]

Q: How did you get started on The Party People?

30 years ago, my mum was “Patches The Clown” catering for kids parties. Her passion for parties led her to open a small party store with my grandfather. From the age of 4, I was put to work filling small bags with sand for 5 cents each which would be used to weigh down helium balloons on tables.

My responsibilities in the business expanded as I grew from filling shelves to serving customer which I did after school, on weekends and in my school holidays. In 1998 when I was in year 10 of high school, my mum decided to launch Australia’s first online party store. As a tech savvy teenager, I was put on the project and in 1999 I launched the website and managed it.

In 2003 I graduated from University of Western Sydney with a Bachelor of Business and Commerce Majoring in Marketing and Operations Management. I achieve a distinction average and was ranked in the top 5% of graduates nationally. It was in my final year that I did a website improvement project as my thesis. That project recommended significant changes including cheaper shipping, affiliate marketing and launching on Google AdWords. The project would later make me a celebrity at Google head office when I became their media ambassador due to being their first Australian Customer as a result of that university project.

After University I contacted Woolworths for a job and they created a graduate program for me as they didn’t have one. Within a month I was put on a small project while Bernie Brooks (a judge of these awards) was at the company to introduce provide some logistic cost information to buyers. After Bernie moved on from the company, the project scope expanded to introduce activity-based costing to Woolworths called Net Profit Dashboard. As the lead analyst at just 21 years of age (the youngest in Program Office), I became its subject matter expert less than a year out of university.

On completion of the project, I went to work in the new role in “Planning and Optimisation” within the Woolworths Logistics division. Fortunately for me, the activity-based costing project gave me some very unique skills that no one in the company had which was a detailed understanding of the end to end supply chain, its costs, the drivers of those costs, and how those drivers effected upstream and downstream processes. This put me in extremely high demand for consulting on other projects occurring in the company.

In my new role, I suggested that we change the way the company orders inventory. I was told my theories were correct but the politics of the situation and the lack of an effective solution meant that many before me had tried and failed so this was not a project I was to waste my time on.

That night I went home, built an excel model of the solution I was proposing and returned the next day with it. That model showed a net $4m saving per year into perpetuity, was implemented in 3 months and I went on to win the Woolworths Innovation Award for that project called “Economic Order Quantity”.

The project did not operate under typical Woolworth's governance as it was overseen by the Chief Logistics and Information Officer (CLIO) Steve Bradley. I would go on to execute multiple projects in a similar manner which was highly unorthodox for a typically bureaucratic and highly governance focused company. I was given the flexibility to execute projects fast with minimal governance but instead reporting directly to the CLIO.

In 2007 my brother and I took over the family business The Party People so my mum and grandfather could retire. We saw a gap in the market that could be explored more aggressively given our parents didn’t have the technical understanding to grow effectively. At that time The Party People Shop had 2 employees in the shop.

Today the business has over 40 employees, are the market leader for party supplies online in Australia and has two bricks and mortar stores of which one of them is the largest bricks and mortar party store in Australia. Under my leadership, we pioneered online retail in many areas. We offered click and collect in 1999, we were Microsoft Bings first Australian advertiser, we were a pilot company for Facebooks accelerator program and many more firsts.

The business appeared on Shark Tank Australia season 1 where we received a $400,000 offer from Janine Allis which we turned down and today are preparing to create a chain of party stores in Australia so that every Australian can create their dream party. For the last 2 years, Dean has been named in the Internet Retailing Top 50 People in Ecommerce and by the Australian Retail Association as “Retail Leader of the Year”. 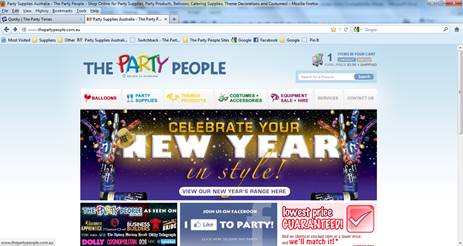