David Lombardo is an American aviation and entertainment professional, as well as an entrepreneur. Lombardo started ATC Memes in 2015 and is based on Long Island, NY.[1]

In 2019, he sold his share in the business, branching off from his partners to form @LOaltitude and LO Approach. Lombardo has also been involved in numerous other projects in aviation, music, and entertainment media and throughout most of 2019 and 2020 ran an aviation-themed podcast, Aviation LO Down.

Lombardo's younger brother is the well-known music producer Mark Lombardo, aka RRAREBEAR, who was one of the pioneers of the 'type beat' style of music collaboration and production. 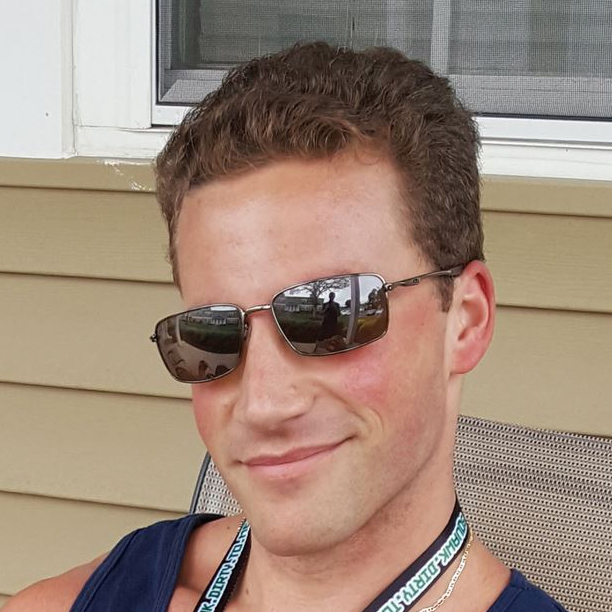 David started ATC Memes in 2015. They detail the beginnings of their company in their Starter Story interview: [1]

Q: How did you get started on ATC Memes?

Ever since I was a kid, I have been interested in aviation. For most of my youth, I was obsessed with video games; specifically simulation games. I was borderline addicted to Microsoft’s Flight Simulator and the online WWII dogfighting game Fighter Ace. It was these two games that really got me into flying. I thought I wanted to be a pilot, and it was all I dreamed about. My parents purchased me a few intro flight lessons at the local flight school, and the first time I was able to actually control an aircraft (with an instructor, of course!) was at 12 years old. I still remember that moment and image very clearly. We were in a shallow bank over Saratoga Lake. “Ok, it’s your airplane!”, the instructor said.

But eventually, somewhere between the 6th and 8th grade, I had discovered the world of music. I would later become addicted to the consumption and creation of music, to the point of it becoming literally everything I did outside of school. I listened to everything I found, and also tried to learn everything I could about the art form. I played guitar and drums, and I was even doing session work for local musicians who had asked me to play on their demos and albums. It was pretty cool for someone of my age. Nonetheless, I still wanted to be involved in the aviation world, but I didn’t want to give up music. Being in a band meant being a pilot would be difficult.

I decided to attend Purdue University, which was a great mix of all of my interests. I majored in aviation management, but I still had a social life and was involved with music. I had a band, and I also ran a music venue with the same band simply called ‘The Venue’. My classes on the other hand, were aviation based. It was as great balance.

There were many great times running The Venue, but what I remember most was running live sound; setting up the microphones, getting the volume and EQ levels correct, and making sure the bands could transmit their best sonic qualities to the audience. I had taken the skills I learned in high school and in the studios to the real world.

After graduating, I returned home and taught music for a few years. I had many students on both guitar and drums. I had eventually applied to become an air traffic controller, however. To make an extremely long story short, I was finally hired by the Federal Aviation Administration in 2014, attended the training academy in Oklahoma City, and was assigned to the New York Center, which is located on Long Island, New York. One night after coming home from an evening shift at my new air traffic control job, I sat down on my computer and sent a message to an old friend who had started a page for air traffic controllers to share funny and silly images known as ‘memes’. At the time, the page was pretty small but doing well for what it was.

“Hey man, long time no talk. Do you mind if I add some content? I can help you moderate it?”

Memes are often images, videos, or audio files based on jokes or funny moments; references to experience, both seen and unseen, encountered in everyday life or in our case the incredibly serious world of air traffic control. To me, there was nothing more important than focus and seriousness when on the control room floor. I took my studies and profession as seriously as I could during my time training at the facility. However, off the clock, I was becoming increasingly distracted. I had to vent my creative energy. And one of the ways I was often able to do this was with blatant humor.

One night, when helping someone mix a song on Cubase, a digital audio workstation program (remotely via the internet), I had a website called ‘LiveATC’ open in the background. I was actually monitoring the frequencies for a sector I was to be trained on in the coming months and trying to memorize as much chatter as I could for frequencies and restrictions pilots received. However, when I played back the song I was mixing, I realized that I had inadvertently recorded the LiveATC transmissions. I played it back and put it through a whole effects rack worth of stuff, and the result was that the audio of the pilot's chatter sounded totally weird, almost ‘fake’.

Suddenly, a huge idea hit me with a spark of inspiration I had not felt since the days of flying that plane over Saratoga Lake; I would create my own ATC transmissions. And these wouldn’t be normal ATC, they would be intentionally hilarious. I envisioned scenarios that air traffic controllers could relate to, and make them ridiculous.

They would be ATC Memes.

In the weeks to come I wrote a few basic comedy scripts during breaks at work based on events I had experienced and in the evening recorded it using a few microphones I had around my apartment. In using my recording techniques I had learned in the years prior, I was quickly able to re-create very realistic sounding recordings.

I made these assuming that people would know they were fake. In uploading some of the recordings to Facebook and YouTube, however, it became increasingly apparent that some people (even those who were aviation professionals) had no idea if they were in fact real or not. People began to share them, tag their friends, and comment on them. In one week, the ATC Memes page went from 8,000 fans to over 40,000. People also began to submit more and more of their own creations and memes. People were also sharing the memes, which also helped create buzz and a more social effect for our page. We were viral.

Ultimately, my love of music, audio, humor, and aviation was combined in the most peculiar of ways. People were super enthusiastic and loved the audio. And it wasn’t even real.

After a few months of establishing ourselves on multiple platforms (including YouTube, Facebook, Instagram, Twitter, a blog, and others), my partners and I decided to try to monetize the page. At this point, we had over 140,000 followers and a very loyal following at that.

We designed and sold some t-shirts, and then some stickers, but nothing was significant. It was beer money. However, like the realization with the audio I had months before, on one evening in Winter 2016, another idea came to us, women’s apparel.

For many years aviation apparel had been pretty popular like shirts with aircraft references and airplanes on them, but it was all mostly for men. Women were (and still are) a minority in the aviation world. I am not entirely sure where the idea came from but one day I realized I had a huge PNG image file of the New York airspace on my desktop and I decided to upload it and see what it would look like on women’s leggings, of all things.

Within hours we had sold over $2,000 worth of these leggings. Suddenly I realized we had a lot of work to do, and this was only selling the products with the New York airspace. We wanted customers to have the option of every inch of airspace in the world. We also began offering custom products.

Sales are still going strong, and we have also added a variety of different products. We offer lanyards, hats, bags, phone cases, skirts, ties, shoes, dresses, and even blankets! In late 2017, we changed the name of our store to Radar Contact, a phrase that better reflected all of aviation and not just ATC.

In 2017 we also partnered up with another fantastic page ‘Airline Pilot Memes’ in an effort to offer even more designs and creative ideas to our customers. The person behind that page is undoubtedly a creative genius, and bouncing ideas around is truly an experience worth having.