David Dennis is an American entrepreneur. David started Ventana Surfboards & Supplies in 2014 and is based in Santa Cruz, CA.[1] 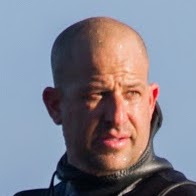 David started Ventana Surfboards & Supplies in 2014. They detail the beginnings of their company in their Starter Story interview: [1]

Q: How did you get started on Ventana Surfboards & Supplies?

My business partner, Martijn Stiphout, is our master craftsman. I photographed him for an exhibit I shot to raise money for the Surfrider Foundation Santa Cruz Chapter.

I was inspired by the surfboards he was building out of reclaimed and eco-friendly materials and suggested we join forces to launch an environmentally responsible surf company ... one that could set an example for the industry.

We both love to surf and to test our products in the waves with our friends and customers. Martijn and I have always been frustrated with how much surfers ignore the fact that the products and surfboards they use are highly polluting. Surfboards are mostly petroleum-based pieces of foam made with toxic resins, and clothing is generally made overseas with highly polluting processes … even surf wax often comes wrapped in plastic that can wind up in the ocean.

> Just go for it, but be careful about leaving a steady job just because you’ve convinced yourself that your idea is amazing.

At the time that we started the business, I was working for Microsoft out of my house at the beach in Santa Cruz … I still am, in fact. I had always wanted to create a brand and to build on my business, product development, and marketing skills to do it.

Martijn was spending most of his time building these incredibly beautiful wooden surfboards and bodysurfing handplanes, but he didn’t have much interest in focusing on the business operations and sales side of things. That’s what’s made our partnership so powerful. We compliment each other very well. I’m his biggest fan, and he appreciates my skills on the sales and marketing side. He’d rather work with his hands, and I’m not allowed to touch the power tools so that I can keep mine from getting cut off.

We started the company with a very small personal investment from each of us. We agreed not to take on any debt and to build the company organically. We still have no debt, and we’ve been profitable from the start. We’re small, but we’d rather grow slowly and not overextend ourselves.