David Cruickshank is an American entrepreneur. David started Twisted Boards in 2013 and is based in Connecticut and Michigan.[1] 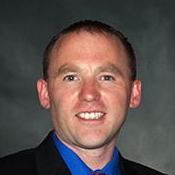 David started Twisted Boards in 2013. They detail the beginnings of their company in their Starter Story interview: [1]

Q: How did you get started on Twisted Boards?

As I said, I am a police officer so product manufacturing and design is not my career. The whole thing started with an ex-girlfriend of mine and some creativity. As a police officer, my job is fairly stressful and we liked to relax with art projects and time together. One night, we molded our faces out of plaster and planned to paint them the next day. When the molds were finished, I was holding mine against the wall and happened to be standing next to my dry erase board. They were both white and I said:

At the time, dry erase paint didn’t exist and after countless hours searching the internet, I couldn’t find any three dimensional dry erase boards which blew my mind. I couldn’t believe that someone hadn’t thought of something so simple before.

I build the contraption, heated a plastic sheet in the oven, put it on the machine with the face mold laid on it and, voila! The world’s first three dimensional dry erase board was made. We began drawing faces on it immediately and were amazed at all of its cool properties such as ease of erasability, ability to make the same face look like anyone, and even how you could light it from behind at night. It was a fun night! We hung the board on the fridge and thought nothing of it.

A few weeks later I was having a party and one of my friend’s wives is a school teacher. She loved the board and asked for a bunch for her classroom raving about all that she could do with it. At that moment, I realized I might have something here. With that, Twisted Boards was born!