Dan Pepin is an American entrepreneur. Dan started Bonify in 2014 and is based in Manchester, NH.[1] 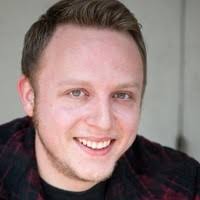 Dan started Bonify in 2014. They detail the beginnings of their company in their Starter Story interview: [1]

Q: How did you get started on Bonify?

I fondly remember the idea of Bonify being hatched in a sandwich shop in downtown Manchester. I was talking with John about how we would both like to do things differently at our current company. He and I were both programmers at a digital agency and were quite frustrated at how things were being run. Given that we were both engineers, we had a lot of great ideas on how to architect a better solution, run a better company, and make more money in the process.

We left the company together and started Bonify out of Alpha Loft, a small startup incubator. We were initially focused 100% on client work but really wanted to dive into a SAAS product. Who doesn’t love recurring revenue? Our first real product was 135List, a todo list app that helps you stay organized by focusing on 1 big thing, 3 medium things, and 5 small things per day.

It’s fair to say that 135List hasn’t taken the world by storm. It technically makes enough money to pay for the cost of running it, but it really hasn’t been a valuable product for us. After that product essentially failed we decided to try a different route. We heard about an online store builder called Shopify and decided to try building an app for that.

Being Drupal developers ourselves we thought it would be great to have similar CMS-type capabilities in Shopify. Our app idea, Custom Fields, would allow users to add different types of structured data fields to anything in Shopify. We had no idea how people were going to use this app, but we had a feeling there was a need for it.

We launched Custom Fields in April 2016 to little fanfare. Some might say: very, very little fanfare. The first month it was released it made $152. The second month: $288. The third month: $486. Needless to say, we nearly forgot about the app because customers were quiet and happy and it wasn’t making enough money for us to pay much attention to it. At that point in time, we were working on multiple client projects that were worth $40-80k, so our tiny app making $500/mo was not a priority for us from a business standpoint.

We really struggled with marketing the app... We spent some money on ad campaigns but it was hard to find the right messaging and audience. For example, Google Ads would not allow us to use the “Shopify” trademarked keyword in our marketing which made it difficult to target the right people. Until recently, we’ve really only relied on word of mouth and organic search within the Shopify App Store itself. For the first year the app was out we didn’t have too much competition in the app store. There were probably only around 500 apps when we launched, and now there’s over 2500. We were lucky, in a sense, that we were able to get some traction before the app store became flooded, but now there are a lot more apps in the app store that we are directly competing against.

Our plan this year is to spend a lot more time and money on marketing through Facebook, YouTube, and other channels to try and see if we can increase our traffic.