Cotilda started Cotilda's Fashion Limited in 2015. They detail the beginnings of their company in their Starter Story interview: [1]

Q: How did you get started on Cotilda's Fashion Limited?

Originally from Malawi in South-Eastern Africa, my sister and I helped our mother create wedding accessories for family and friends. However, it was not until 2001 at age 9 when my family and I relocated to the United Kingdom in Middlesbrough. We had to adapt to a different culture and blend in. This is where the inspiration of being of two cultures and two homes came to mind. #MalawiToMiddlesbrough

When you relocate to any area, you want to become part of the culture and not an outsider. In other words, you want to belong. But you do not want to lose who you are, your roots. Therefore, COTILDA is aimed at encouraging people to embrace who they are, not just blend in, but to create their own style, an identity that embraces culture and that is appealing to both African and Western markets.

From a young age, assisting our mother with wedding accessories is what got me interested in making clothing, but I did not pay much attention to this until I took textiles in school and creative fashion and enterprise in university. I then took a year out of studying to travel by working as an inventory stock taker, before gaining a Master’s Degree in Future design in 2015. Working as an inventory stock taker for such stores like Zara, Ralph Lauren, Pull and Bear added to my desire of creating my own clothing brand. Supported by Teesside University after graduating helped my business idea become a reality.

Through their support, I was invited to do talks to other students who had the desire of owning their own business. I also got the opportunity to run my own workshop through Middlesbrough Institute of Modern Art (MIMA), events which encouraged me to push through with the business, as it was not only encouraging others but it was allowing me to share skills whilst helping others to create their own style and identity through clothing. The online research that I conducted of competitors, speaking with other businesses, friends, helped to validate the ideas/products. Parental support including self-funding assisted in financing business developments. 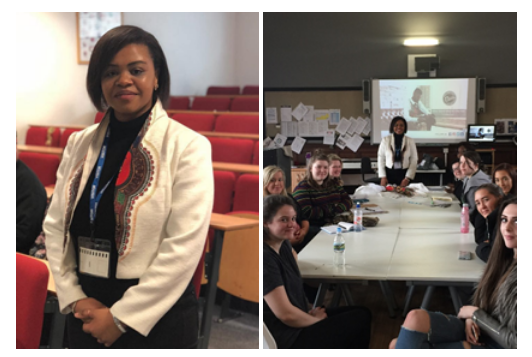 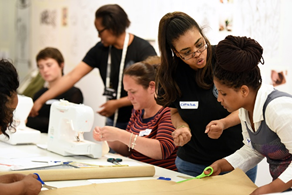