Corey Rust is an American entrepreneur. Corey started Envi Adventures in 2017 and is based in Portland, OR.[1] 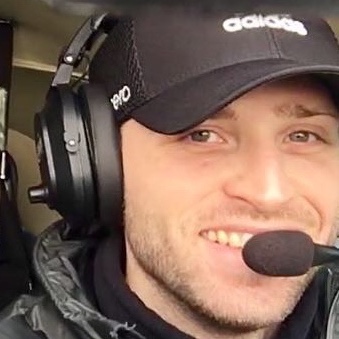 Corey started Envi Adventures in 2017. They detail the beginnings of their company in their Starter Story interview: [1]

Q: How did you get started on Envi Adventures?

Growing up in Troutdale and learning how to fly in Troutdale, I always loved to fly in the Gorge past all of the waterfalls. I’d hiked the trails by the waterfalls countless times and knew what it was like first hand, but the aerial perspective was always one I enjoyed. Since I loved it, surely everyone else would love it to– right?

My quest to start an aviation-themed business started about seven years before I actually did. Back in 2010, I was working full-time, going to school full-time, and engaged to be married. So to make things more stressful in my life, I also decided to start a shoe company.

I had so many people say to me that this wouldn’t work. Because I ignored that and made my best effort to make it work, I’ve proven every single one of those people wrong. For me, that’s success.

Now, before we go further, you’re probably wondering what this has to do with a flying business. Not a lot, but it’s a short back story, so keep reading.

I started the shoe business and called it Envi Footwear (Ah, see? The connection). I’m often asked where the name Envi Adventures comes from. At this point, you’re probably hoping for some deep, symbolic, soul searching reason, but frankly, it was the only thing that wasn’t trademarked.

Time went on, school got busier, I got married, work was work, but my ability to manage everything was starting to get ridiculous and something had to go. As I surveyed my life, I knew I couldn’t quit school, most definitely wasn’t going to quit the marriage, and quitting my job wouldn’t be the most fiscally responsible thing to do as tempting as it was. So away went Envi Footwear in late summer 2012. But my desire to have my own business was always on my mind.

Years went on, and the idea was still there bouncing around my otherwise empty head. I never invested too much thought into it other than the periodic ‘wouldn’t that be a cool business to have’ thought. Until August 2015.

My wife and I took a quick trip to Iceland. As most know, it’s a country with an economy built heavily on tourism. It’s often cold and gray, but unbelievably beautiful and rugged. I loved everything about it. So we flew 8 hours to this awesome little rock in the north Atlantic, and hopped in a car to drive to a waterfall called Seljalandsfoss where we hiked around a little bit. Next stop was another waterfall with a hike, then another waterfall and a hike, and so on. At that point, I thought ‘Let me get this straight; we flew 8 hours to hike by waterfalls with a bunch of other tourists? Something we try and time just right to avoid back home?’

Whilst driving along Route 36 back to Reykjavik, I remember spotting a small airplane flying above and thinking that this would be an excellent place to fly around.

At the time, I was employed at a place that I was less than excited about, and financially wasn’t hurting, but I also wasn’t blowing my nose with $100 bills. We were getting by. That being said, I knew I didn’t have the funds to go buy an airplane. I had enough room to spare financially to incorporate the business and to build a website. That’s about it. Hard to start an airplane business with just that.

But as the persistent, annoying individual that I am, I wasn’t going to let that halt my idea from happening.