Chris Meade is an American entrepreneur. Chris started CROSSNET in 2017 and is based in Miami.[1]

Chris started CROSSNET in 2017. They detail the beginnings of their company in their Starter Story interview: [1]

Q: How did you get started on CROSSNET?

I graduated from Quinnipiac University in Connecticut with a film degree in 2014. Growing up in a small farm town in Woodstock, CT, my dream was always to make it big and become a famous horror movie director. I had such a strong passion for directing and cinematography, but after one cold morning in Chinatown at 4 am on the set of the HBO show GIRLS, I knew that I wasn’t cracked up for that life.

I then took my first sales job in 2015 at a software company in New York City called Contently to pay off my student loans. It ended up being one of the most important things I ever did as I learned invaluable sales and outreach skills that would help me later land deals for CROSSNET with retailers such as DICK’S, Target, Academy, Walmart, and Scheels.

After a lovely layoff in the spring of 2017, I got offered a gig as Uber’s first-ever external Account Executive in their NY HQ helping launching UberEats in Boston and Providence. Through Uber’s relaxed start-up culture and demanding sales quotas, I learned the value of providing autonomy and trust to my future employees and freelancers. Who cares if you take a 20-minute coffee break and take an extra day off if you are hitting 150% of your quota. I have that same mentality for all of my employees, as long as we are hitting our deadlines, putting out high-quality work, there’s no need to add extra stress in anybody's life.

Thankfully for Uber's unlimited vacation policy, I was able to make as many trips home on the Metro-North to come to visit my family back in Connecticut. It was that summer of 2017 where everything changed and CROSSNET was invented.

Mike was also back in Connecticut at the time after graduating with an engineering degree from Northeastern and called my brother Greg and said: “I’m coming over, I want to invent something.” Well, one hour led to five, and with ESPN repeats running on the background, we wrote down a list of several hundred ideas. Some far worse than the others, we crossed off each idea one at a time, until we had one clear winner remaining, four-way volleyball. 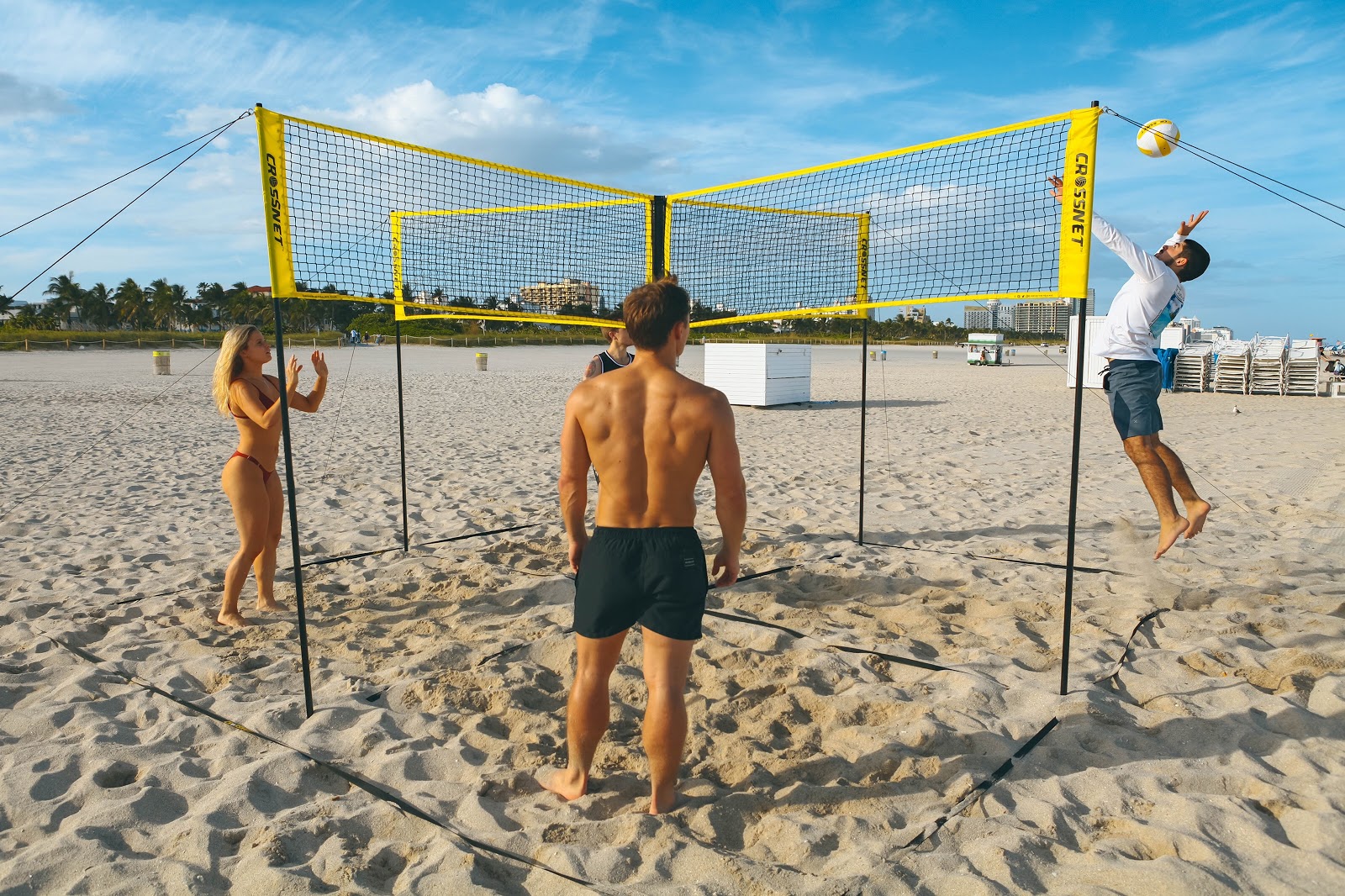 After a quick Google search, we were in disbelief that nobody had ever invented it! As the sun was rising, we finally caught some shut-eye and woke up the next morning knowing we were headed straight for our local Walmart! We called all of our friends, told them to meet us at the house in twenty minutes and bought two volleyball nets and rigged them together. We placed a player on each side and then combined four-square and volleyball rules, allowing each player to only hit the ball once, and we played to 11, win by 2 (since we were big pickup basketball fans). We immediately knew we were onto something as nobody wanted to go inside and we’re having an absolute blast as if we were 13 years old again.