Borja Eraso is a Spanish entrepreneur. Borja started tutiendaenergetica.es in 2009 and is based in Pamplona.[1] 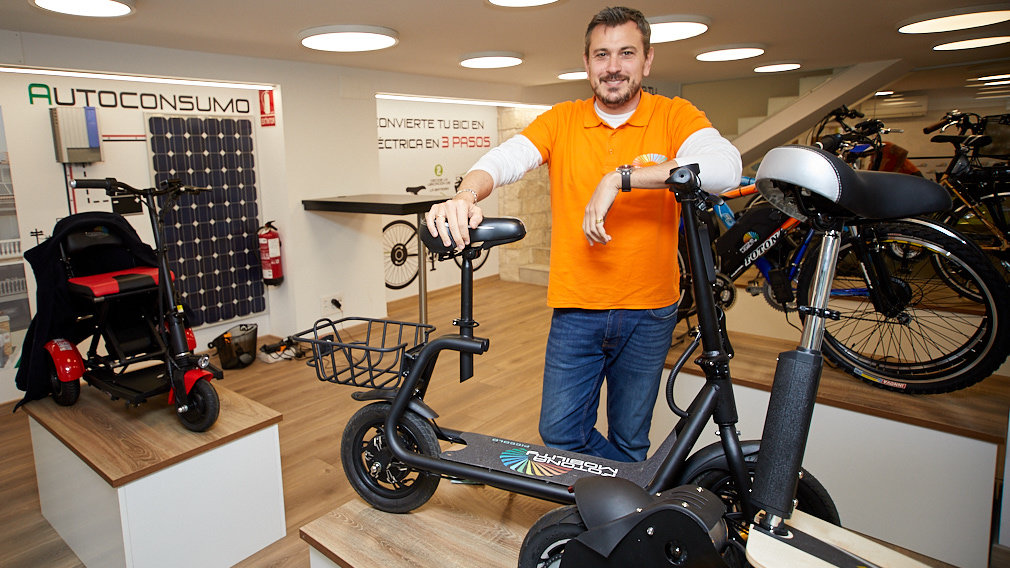 Borja started tutiendaenergetica.es in 2009. They detail the beginnings of their company in their Starter Story interview: [1]

Q: How did you get started on tutiendaenergetica.es?

As with many things in life, the start of tutiendaenergetica.es was a consequence of a number of circumstances. Back in 2010, I was living in the UK working as a Revenue Manager for a local hotel chain - I studied International Hospitality Management in university, by the way. I had a good progression in the hotel business since leaving college, working my way up in the London hotel scene. I worked for world-renowned companies such as Jumeirah and InterContinental (IHG group) and by the age of 27 I was making $43,000 + incentives per year (which was an acceptable wage for someone my age within the hotel business at the time), taking care of the Revenue Management strategy of 2 hotels totaling +700 rooms.

However, in my last position, I was very miserable and soon grew quite apathetic about the job itself. In the beginning, I blamed the working environment, which I disliked, but with time I realized that I had pursued a professional path that I wasn’t cut out for in the long-term. That was a tough moment of clarity for me. I was well aware that any career move to different disciplines would mean a sudden drop in income and a few years of waiting to regain a certain seniority level at the new job.

Back home in Spain, my dad had resigned from his job in banking around 2006 and had founded a company (fotona) specializes in designing and installing Solar PV projects. Given my background, I knew nothing about solar at the time (neither did he!), but I did accompany him to his first business trips to trade fairs in China or Germany as an interpreter during my holidays, and helped him exchanging emails with suppliers and investors on his behalf at nights.

Soon he started asking me to leave the UK and join him in his new venture. For the first few years, I declined his advances as I was absolutely focused on my hotel career but the more I got involved with the business, the more I liked the strategy and sales side of it. I had many business ideas since my days in college - mostly related to the hospitality industry - but had always missed the drive and overall business knowledge to see them through. However, seeing my dad transiting from a desk job to a flourishing new career at 50 inspired me more than anything in life.

In the summer of 2010, things sped up for me and I had to make a tough decision about my life. After much thinking, I finally decided that it was the right time for me to say adios to hotels and go back home with my well-earned savings. I was single with no major attachments in the UK other than personal relationships.

However, I also knew I didn’t want to “work for my dad” having left my hometown when I was 18 and led an independent life ever since - I needed the challenge to invest my money and time in. Around that time, my dad was going on about opening a large wholesale warehouse for Solar PV products to supply other professionals. Like a big supermarket aimed at electricians, installers and similar trades. I took on that idea but suggested we focused on online sales and end-users, and we include other range of green technology products such as solar-thermal systems, small wind turbines, LED lighting, solar water pumps… and, just to fill up some gaps in the catalog, we’d include some electric vehicles like electric bikes and motorcycles which I had never seen IRL. So we gave it a very obvious name and both happily invested in it - tutiendaenergetica.es was born.

Do your research. Make sure that your product or service brings something different to your market.