Billy westbrook is an American entrepreneur. Billy started Scrubblade Inc. in 2007 and is based in Temecula.[1]

Billy started Scrubblade Inc. in 2007. They detail the beginnings of their company in their Starter Story interview: [1]

Q: How did you get started on Scrubblade Inc.?

I thought of the Scrubblade idea when I was driving home late one night. A large bug hit my windshield and being the clean freak I am, I tried wiping it off with the wiper blades and washer fluid but all that happened was a massive smear directly in my line of sight.

> I thought, ‘why can’t wiper blades remove more than just water from the windshield?.’ That’s when the idea of Scrubblade was born. In the morning I sketched out the first design.

Oncoming lights at night would enhance the smear causing bad vision. I thought, “why can’t wiper blades remove more than just water from the windshield?.” That’s when the idea of Scrubblade was born. In the morning I sketched out the first design that still hangs in our offices today. 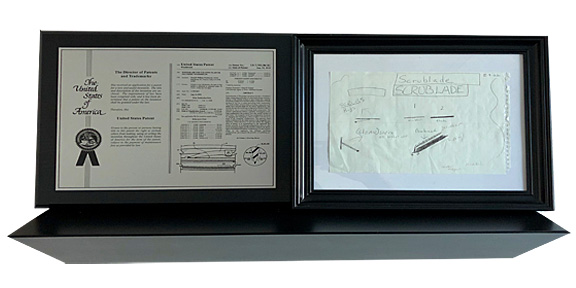 My background was racing BMX, I literally had zero experience in the wiper blade world. I mean who does? I always liked customizing cars and trucks but had no idea what I was getting into. I just knew there had to be a way to solve the problem I dealt with that night.

Years later I started an automotive detailing company while the idea of Scrubblade was on the back burner. I had to pay the bills and deal with a divorce and raising my son at the same time. It was a tough season of life. Pretty sure I was sleeping on an air mattress in a friend's house at this time.

I finally got a prototype made and while still detailing cars I was able to start testing the prototype. Driving all over southern California to work, I was able to compare the Scrubblade on my driver's side to a standard wiper on the passenger side as I ran through bugs and other debris.

It worked really well at removing bugs and gunk from the windshield compared to my passenger (non-Scrubblade) side. At that point, I knew I was onto something.