Aaron Green is an American entrepreneur. Aaron started Easy Song Licensing in 2005 and is based in Minneapolis.[1]

Aaron started Easy Song Licensing in 2005. They detail the beginnings of their company in their Starter Story interview: [1]

Q: How did you get started on Easy Song Licensing?

I grew up with my business partner, Mark Meikle, in Plymouth, Minnesota (Mark is the President of ESL). We attended the Robbinsdale Spanish Language Immersion Elementary School in Golden Valley, MN, starting in the fall of 1987. This was the first public school in Minnesota to incorporate the Spanish language within the curriculum at the same time as English (learning to read/write/speak/math/science in a bilingual fashion K-5).

The old entrepreneurial saying comes to mind; ‘you need to reinvent yourself every 4-5 years to maintain success’, which we can personally attest to. Staying rigid and stubborn regarding your original business plan and execution can only lead to dead-ends if you do not experience any hint of the growth you were anticipating.

There, we were fortunate to meet 10 of our life-long best friends, whom we are still close with today. With the exception of college, Mark and I were classmates from kindergarten all the way through our graduation from Armstrong High School. Mark is one of my childhood best friends, who was always one of the smartest in our grade, as well as the fastest-running kid. Me, being a little overweight growing up, would use my early sales skills and motivation tactics to coach Mark around the running track and various sports in elementary school, so we’ve always been a team since the beginning of our friendship. 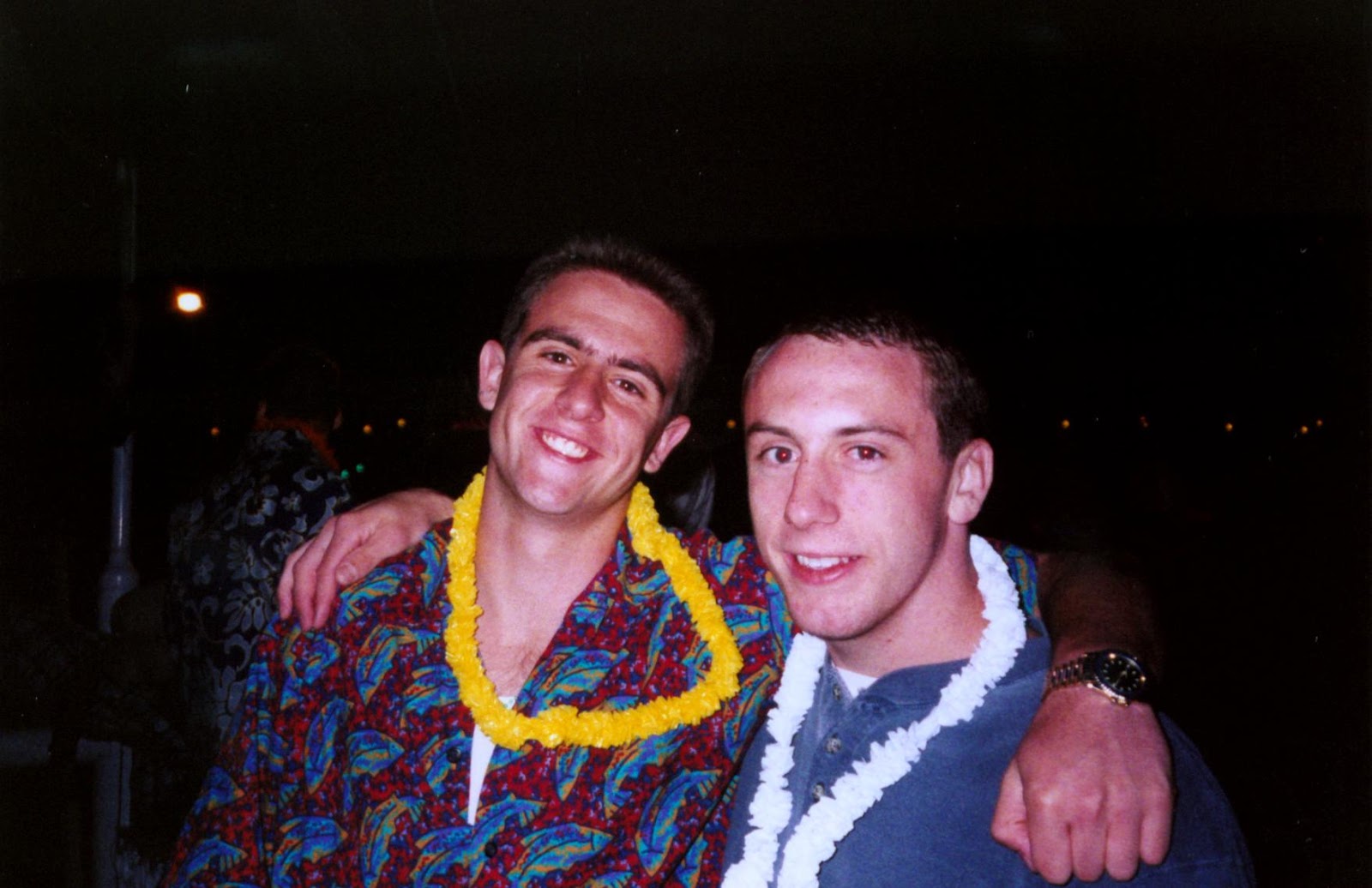 After high school, Mark first went to BYU for his freshman year, then transferred to the University of Minnesota in Minneapolis, and I attended the University of Minnesota Duluth in northern MN. There, I met the love of my life, Stephanie, at the ripe age of 20, and graduated from UMD in 2004 with a double major in Business Management and Spanish.

Mark has always been an entrepreneur since birth, as well as a self-taught computer programmer since middle school. He and his brother started a successful window washing company when he was quite young, then sold it, all while still in college. In high school, he created his own video game, similar to Doom (the 1993 game for MS-DOS), where he replicated to perfection mind-bending details of our entire high school on CD-ROM, then sold them out of his briefcase in between classes.

I, on the other hand, have always been a salesman. If it was negotiating allowances, sleepovers, chores around the house, schmoozing with teachers (to always remain in their good graces), trading baseball cards or starting up multiple fantasy football or basketball leagues with my friends, since I was young, all I wanted to do was sell.

In 2004, after my graduation from UMD, I was hired as a “Sales Associate” with the Cintas Corporation (selling work uniform contracts and business/restaurant facility services). Mark was just finishing up his degree from the U of M, and he called me into his small room in an apartment near campus. He told me about his business start-up plan of Legacy Productions, where he wanted to record school and church music groups (choirs, bands, orchestras, praise bands, etc.) and sell CDs as fundraisers.

I, only 6 months into my first “real” job, immediately knew this would change my life (for better or worse), and as a cocky 22 year old, I just knew in that instant that I could help lift this off the ground and build a strong business. This was surprising to say the least in the eyes of my wife, telling her I was going to quit this corporate sales job to start this new business (which, in retrospect, I deeply regret the fact that I did not consult her first), and above all, our new “corporate headquarters” would be in our home in Robbinsdale, MN. This would be my first big “sales test” in which my wife cautiously accepted because she saw how passionate I was to launch, and above all, has always believed in me.

We started out with blank sales spreadsheets and virtually no church or school connections, but I had learned the art of cold-calling at Cintas, and my ambition far outweighed my talent, so I began to set face-to-face meetings with church and school music directors in the Minneapolis/St. Paul metro and surrounding suburban area. Getting meetings by promising no up front investment to the prospects, while promising full service album production proved to be much easier than I had anticipated, but backing it up with real results (and little-to-no experience doing so) was obviously the hard part.

Luckily, we hired a very talented producer/sound engineer named Chris Ashwood, who is a dynamic person and character all on his own, came to the table with a lot of experience and know-how to produce beautiful recordings from start to finish. He would always put on a show with his Jack Black/Chris Farley personality, and naturally many clients wanted to keep working with him.

He definitely helped complete our one-stop mobile recording production shop where we recorded on-location, handled the post editing/mixing/mastering, CD graphic design, marketing/promotion (with providing individual sales incentives for each choir and band member) and CD duplication. This is how we learned about copyright law, licensing procedures and began establishing relationships with music publishers before we officially started Easy Song Licensing.

We quickly established a local brand name within this niche market, in which we expanded into greater Minnesota and Wisconsin shortly thereafter. After 3 more years trying to perfect this service, we discovered that we needed to expand even further, so we began finding other recording producers in Chicago and greater Illinois to see if the school and church markets would respond in the same manner as MN and WI (luckily it did).

Within 5 years of launching Legacy, we ventured out to the east coast by following this same template within Boston, DC and Connecticut. The recession did not help us, but the problem with this business model was the fact that our profit margins were already way too thin to give us a healthy ROI since it was very expensive to produce 1 album from start to finish after paying the producers, graphic designer, publishers and CD manufacturers, and the fact that CDs were becoming less and less in demand within these markets. At the same time, music directors began to invest more into their own in-house recording technology, making it tougher to grow. Enter Easy Song Licensing.