Jeremy Simon is an American entrepreneur. Jeremy started 3D Universe, LLC in 2013 and is based in Algonquin, IL.[1] 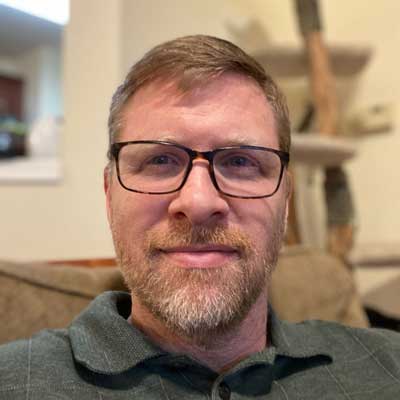 Jeremy started 3D Universe, LLC in 2013. They detail the beginnings of their company in their Starter Story interview: [1]

Q: How did you get started on 3D Universe, LLC?

In 2012, after selling my shares in a consulting firm I had owned for 15 years, I became interested in 3D printing and bought my first 3D printer. I became amazed by the possibilities offered by 3D printing.

While exploring the designs on Thingiverse, a popular 3D file repository, I came across a design for a 3D printable prosthetic hand. Investigating further, I found my way to an online volunteer community called e-NABLE, with people using 3D printers to make free prosthetic devices for people around the world.

I joined this community and started making e-NABLE prosthetic devices for people. A man in my local community named Jose Delgado reached out to me to ask if I could make a hand for him. Jose was born without fingers on one hand, and while he owned an expensive prosthetic device, it didn’t work very well for him. So I made an e-NABLE device for Jose and did a video about it. This video ended up going viral on YouTube, and led to an interview on Fox News. Partially as a result of this publicity, the e-NABLE community grew rapidly, from a few hundred members at the time to thousands of members around the world.

At this time, 3D printing was becoming increasingly popular, but there wasn’t a great deal of competition from companies selling 3D printers online. My business partner and I sensed a good opportunity and proceeded to develop a business plan for 3D Universe.

In 2013, we launched 3D Universe with an ecommerce website, offering a small selection of 3D printers and related supplies. Both my business partner and I had existing income from other business ventures at the time, so we were able to focus on building our new company without being overly stressed about making money in our first year.

In 2014, 3D Universe became one of the first authorized resellers for Ultimaker products in the United States, and our business grew significantly as a result. Ultimaker is a leading manufacturer of desktop 3D printers, and this was right around the time they were developing a reputation as producing the most reliable and highest quality 3D printers available. The previous market leader, Makerbot, had made some bad decisions, leading to a rapid decline in their market position, and opening the path for Ultimaker to take the lead.