Steven Sashen is an American entrepreneur. Steven started Xero Shoes in 2009 and is based in Broomfield, CO.[1]

Steven started Xero Shoes in 2009. They detail the beginnings of their company in their Starter Story interview: [1]

Q: How did you get started on Xero Shoes?

Lena and I were retired from 2000-2009 thanks to some clever real estate investing and passive income from some Internet businesses I had built. But with the crash in 2008, things were changing.

Coincidentally, in 2007, at the age of 45, I got back into competitive sprinting, and was getting injured all the time. A friend who is a world champion cross country runner suggested I try running barefoot to see if that helped with my injuries.

In my first barefoot run, I discovered the form problem that was causing me trouble. And after just a few more runs, my form naturally changed, my injuries went away, and I became faster. Now, I’m a Masters All-American sprinter, which means I’m one of the fastest guys over 55 (now) in the country.

After that original "natural movement" experience, I wanted to have the same feeling all the time. So, based on some 10,000 year old designs, and the huarache sandals that the Tarahumaras in Mexico make with used tires and leather straps, I designed my own “barefoot sandals.” 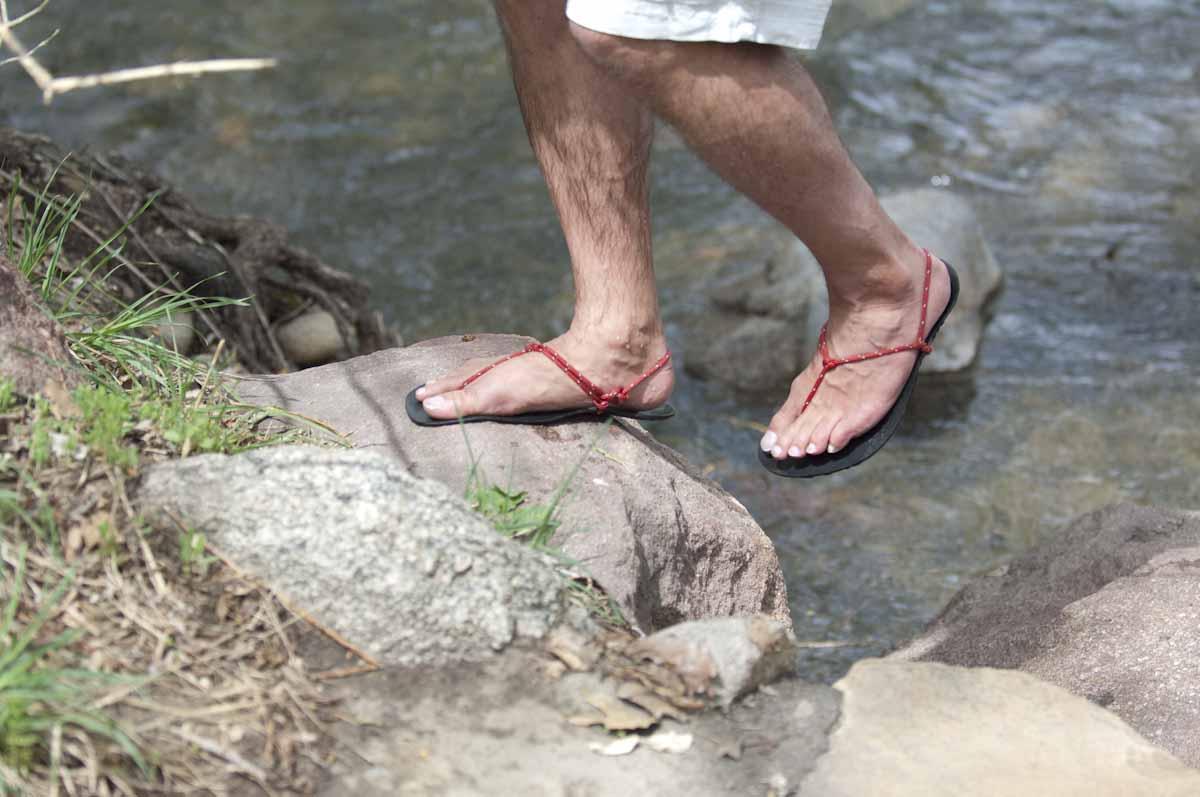 Some local runners asked me to make some for them… and then more and more people asked, until, one day, a running coach said to me, "If you treated this sandal-making hobby like a business and had a website, I’d put you in a book that I’m writing"

I’ve been an Internet marketer since 1992 and had probably built over 500 websites, so I rushed home and pitched the idea to Lena who TOTALLY shot it down. "It’s a horrible idea and won’t make any money and is a waste of your time," she said.

I agreed with her.

And then after she went to bed, I built a website ;-)

Within a couple months, I dominated the search engines for the keywords I cared about and the business was almost instantly our full time job.